About the Willoughby Wildcats

Willoughby Junior Australian Football Club Inc., the Wildcats, provides the opportunity for all boys and girls between the ages of 5 and 17 to play and learn AFL. The Club offers an environment where every player is encouraged to learn football, develop their skills and fitness, participate in the premier team game in Australia and make lasting friendships. Most of all, the Club’s players play for the fun!

In 2011, the Willoughby Junior Football Club and Mosman Junior Football Club decided to put joint venture (JV) teams in place for the older age groups. The clubs believe the ability to field between 2 to 3 teams across the divisions in each age group provides the right levels of competition for the varying levels of talent, and contributes to both clubs objective to maximize the number of juniors playing AFL.  We also believe this joint venture can provide more focused development of our playing group and closer link and pathway into senior AFL football.

JV teams exist for the Under 13 – Under 17  age groups.  The teams are known as the Willoughby Mosman Swans and play in red white and gold jumpers.

If you would like to know more about the Willoughby Wildcats or join us, then do not hesitate to contact any of the officials whose names appear on the Club Contacts page.

The Club Song is sung to the same tune as the mighty Richmond Tigers song.

The lyrics are set out below:

You will see us with a grin

Risking head and shin
If we’re behind then never mind

We never weaken til the final siren sounds

Like the Wildcats of old, we’re strong and we’re bold

Want to know what the Wildcats are all about and how we approach the development of our game and the atmosphere our kids play in? Read on!

The Willoughby Wildcats Junior Australian Football Club recognises that the strength of the Club community is derived from the coming together of players, parents and carers from all backgrounds to play and participate in the great game of Australian Rules Football.

The community spirit of the Wildcats Football Club is built upon and improved by working together on the following principles;

A key focus for the Club is all through participation in a safe environment that promotes the development of lifelong athletic, health and friendship skills over sole purpose goals of annual premiership wins.

That junior players – kids- play sport for fun and gain enjoyment from playing with their friends. All Kids to have the opportunity to participate in the Willoughby Wildcats with no child turned away or denied playing opportunities due to their capability by the Club.

All kids to have the opportunity of equal time on the field subject to their health and wellbeing – over their ability. No Team to be deliberately composed of a majority of kids based on a particular background, be that social, cultural, religious or educational.

The grading of teams and individuals to be only accepted in age groups the AFL deem to be divisional.

Kids are permitted to play out of age group to play with family/ friends; to enhance their enjoyment of AFL and sport; to match their skills level and/or development as long as they are physically capable and are not at risk of serious injury to themselves or others.

We ask all new and resigning players and parents to read the AFL Code of Conduct. The Willoughby Wildcats take this code very seriously and expect all players, parents and coaches to abide by these rules. 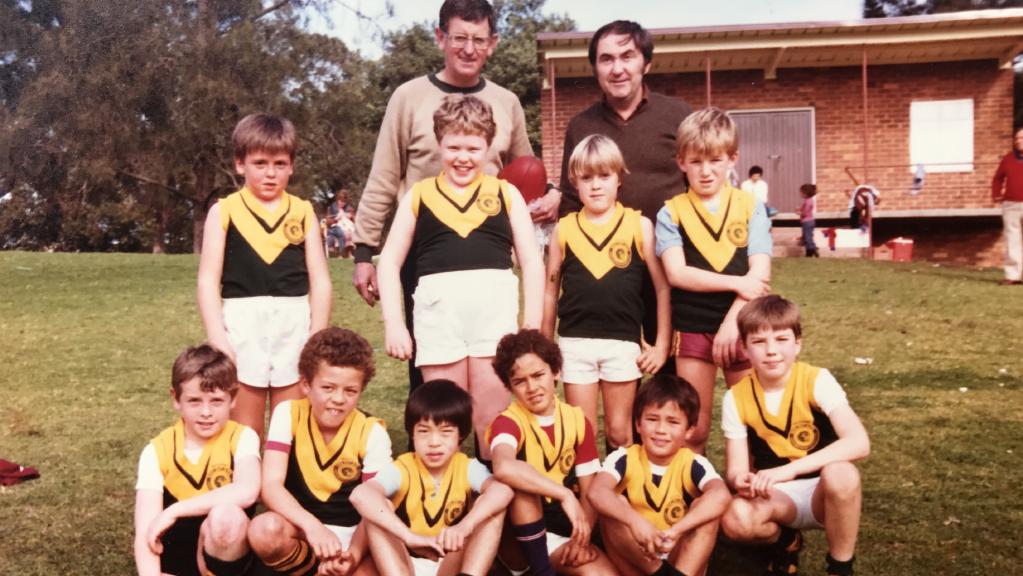 Representatives of the soon to be formed Manly-Seaforth, St Ives, Warringah and Forest Districts clubs were in attendance. These four teams competed in the first year of the Association, with teams in the Under 11’s, Under 14’s, and Under 17’s.

In 2011, the Willoughby Junior Football Club and Mosman Junior Football Club decided to put joint venture (JV) teams in place for the older age groups. The clubs believe the ability to field between 2 to 3 teams across the divisions in each age group provides the right levels of competition for the varying levels of talent and contributes to both clubs objective to maximize the number of juniors playing AFL. We also believe this joint venture can provide more focused development of our playing group and closer link and pathway into senior AFL football.

JV teams exist for the Under 13 – Under 17 age groups in 2014. The teams are known as the Willoughby Mosman Swans and play in red white and gold jumpers.