Training on synthetic surfaces will be part of the AFL’s future, according to John Longmire, who’s trialling the concept this pre-season.

The Sydney coach had his players train on the fake grass of Blackman Park in Lane Cove West on Tuesday and believes the concept had their support.

“The boys have loved it and I think it’s a great surface,” Longmire told reporters.

While a number of sports in Australia and overseas have long been played and trained on synthetic surfaces, Longmire warmed to the idea while watching English rugby union team Saracens do so a few years ago.

“We want to continue to support the use of synthetic surfaces, of different surfaces in sport, not just AFL football,” Longmire said.

“We think this is a great opportunity for Sydney councils and governments to be able to support the use of multi-purpose venues like this.

“I think it’s the way of the future.

“And particularly when land’s so scarce, to have venues like this and to be able to play as many sports as you can on it is great for the whole community.”

Published in theage.com.au on 23 January 2018 by Warren Barnsley

If you are yet to complete your Willoughby Wildcats registration for season 2018, we are excited to advise that the NSW Government through their Active Kids program is offering an Active Kids rebate whereby parents can claim up to $100 per NSW-based school child, per calendar year, as a voucher to reduce the cost of sport registration or membership fees.

How to Claim the $100 Active Kids Voucher for your Wildcats Registration?

How to complete payment once you have your voucher ID number:

For more information on the Active Kids program visit sport.nsw.gov.au/activekids and read the Guidelines and Fact Sheets. 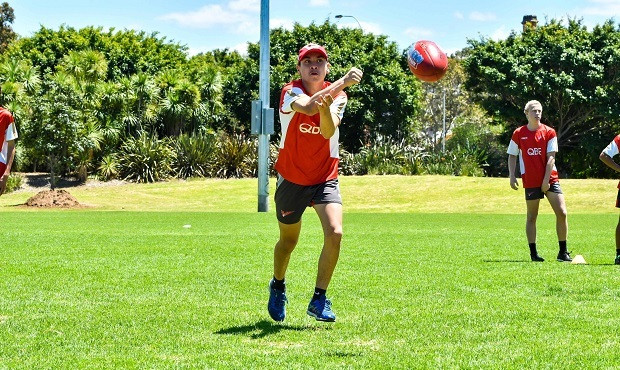 At the start of each football season, QBE Sydney Swans Academy member Kale Gabila writes down his short-term and long-term goals.

This year, he wanted to make the Combined Independent Schools representative team and earn a spot in the Academy’s elite benchmark training program that started last month. Tick and tick.

His third goal was a bit less serious. “I wanted to take a couple of ‘hangers’ during the season, and I did manage to get up on a few people so that was fun,’’ says Kale, who is not tall at this stage, but has a big leap.

The 15-year-old plays for his school, Knox Grammar, and for the Willoughby/Mosman Swans, as well as taking part in Academy Cup games.

As a member of the Academy’s Under 15 squad, Kale is participating in the summer pre-season benchmark program for the first time and hoping to perform well enough to be selected in the Academy’s 2018 squad. “The program is pretty hard, but hopefully the training I’ve done in the lead-up will help me get through it.’’

Gabila loves everything about playing AFL. “I love seeing my mates kick goals, and to get around my team-mates. I try to be a leader and encourage boys if they miss a kick or get down about something on the field,’’ he says.

Gabila is held in high regard by his Academy coaches, who value his on-field courage, discipline and his leadership qualities. Academy general manager, Chris Smith, is expecting a big 2018 from the youngster.

“Kale is one of those young players you can’t help but like – he’s a real competitor, and trains and plays with maximum effort,’’ Smith says.

“He really is a fantastic Academy member. He ensures other players are involved and shows leadership on many fronts, particularly through voice and setting a physical example. He’s a tough kid in the best way.’’

Kale tried footy for the first time in Year 6, when he played for Forestville Public School in the Paul Kelly Cup, a modified rules competition that has helped introduce many NSW youngsters to AFL.

His athleticism impressed officials and he was included in the Sydney North public schools representative team.

He had previously been playing rugby, but found he was more suited to AFL. He decided to switch codes in Year 7 when he went to Knox Grammar, where AFL is a growing sport.

Kale plays in the midfield or forward, and has already started thinking about his 2018 goals.

“I’d like to keep on track with my fitness routine and make the U16 NSW-ACT Rams team,’’ he says. Not to mention taking a few more hangers.

But whatever happens in the future, Kale says being part of the Academy has been a benefit to him.

“It hasn’t just been learning the skills and the rules. It’s all the extra things the coaches talk to us about, such as trying your hardest and treating your parents with respect. I really try to take those messages on board.’’

We are happy to advise the redevelopment of Gore Hill Oval has commenced and we expect to be away for GHO for the entire 2018 season.

The good news is we have secured ELS Hall Park in Ryde for both Auskick and as a home ground for our U8 – U14 teams where ground availability permits.

Registrations for season 2018 are open and please keep an eye on the Wildcats contacts web page for details of Coaches and Age Group Co-ordinators for 2018 and it is not too late to volunteer in 2018!

And don’t forget the Sydney Swans Academy recommendation of 100 kicks and 100 handballs each day of the holidays to improve your basic skills.

Wishing you a safe and relaxing Xmas and new year period. 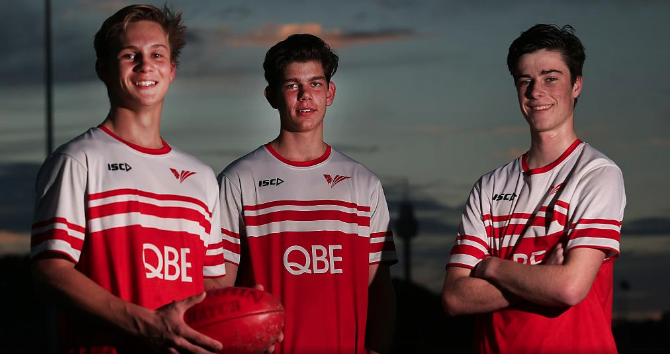 Jackson Barling, Josh Rayner and Nick Brewer are all members of the Swans Academy, a professional environment for elite junior talent to learn the ropes of what it takes to be an AFL footballer.

Click here to read the entire article as published.

Notice is hereby given of the annual general meeting of the Willoughby Wildcats on Wednesday 25th of October at the Longueville Sporting Club, at 7:00 p.m.

You have the chance to make some new friends in this AFL Camp and have all the tools/skills you need to make 2016 the best year of AFL you have ever had! Guest coaches at SCA with Academy Coach, Tim Barling leading the way. 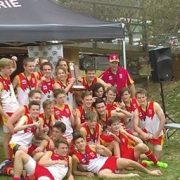 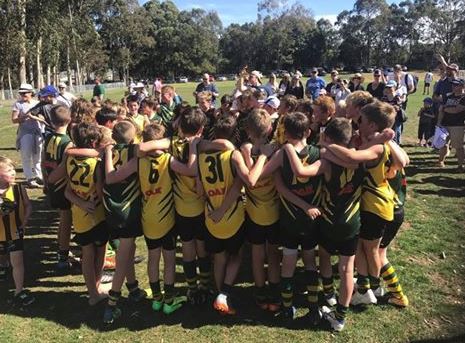 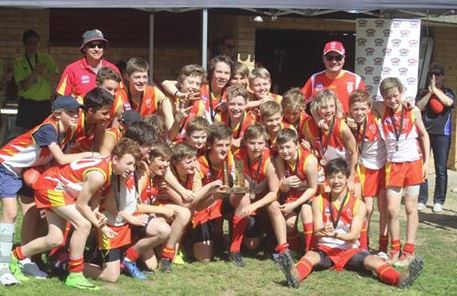 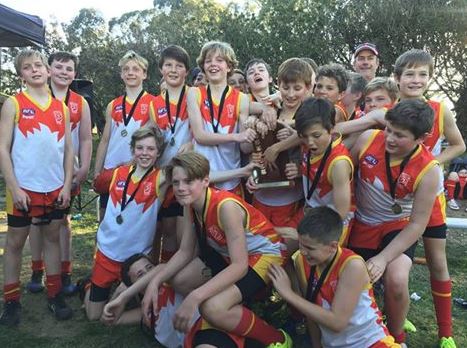 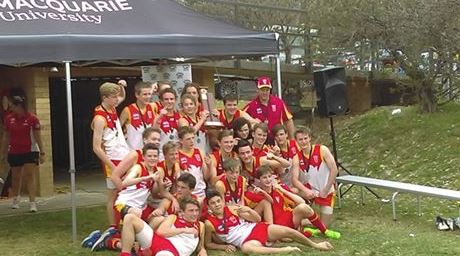 Congratulations to all the Wildcat and JV teams who competed in Sunday’s Grand Finals. The Club is very proud of the way Players and Officials conducted themselves.

What a great achievement for all teams and a special shout out to our 6 Grand Final winning teams:

For more reports and photos see our Facebook Page 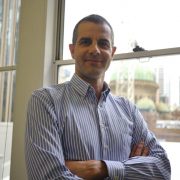 Congratulations to all teams and our Auskick group on a fantastic and successful 2017 Season. The Club had a record number of players, teams and volunteers in 2017 and we should be very proud of our many achievements as a leading Community Club. Our first year of stand-alone girls teams has exceeded all expectations.

A fantastic effort by the 13 teams in under 11 through to under 18 that qualified for the final series and a special shout out to the 10 teams who have qualified for the 2017 Sydney Juniors Grand Final Day being played this Sunday at Macquarie University.

We wish all teams the best of luck – may the best team win!

Following the Grand Final all players, parents and supporters are invited to The Longueville Sporting Club (The Diddy) on the corner of Kenneth Street & River Road in Longueville.

Congratulations to our award winners at the recent Kieran Jack GSJ Awards Nights. Many players were selected in representative All Star teams and 3 Wildcat Players brought home competition Best and Fairest Awards. 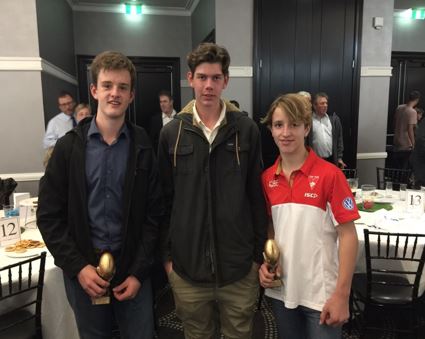 Some dates for forthcoming events at the Wildcats:

*With Gore Hill being redeveloped, we need to move everything from the site.  We have a new storage unit booked in Chatswood and a truck coming to assist.  All helpers welcome.

Council are taking over the Gore Hill site on Monday 18th September 2017 for the oval realignment and synthetic upgrade.  At this stage we expect to return to GHO for season 2019.

It was great to see so many at the Wildcats Social Night on 12 August.  This event is run every year by the Under 11 age group and 2017 was another great success.  Many thanks to all who attended, donated items and purchased items.  The focus is on ‘fun-raising’ rather than ‘fund-raising’ and it was great to see both were achieved this year.  Well done to the U11 social team – you know who you are!

A huge thanks to all who assisted at training, on game day running messages, running water, umpiring, cutting oranges, flipping sausages, running the canteen, providing snakes, operating the scoreboard, nursing the injuries, transporting,  just cheering – as well as the many off field roles across the club.  The teams and Club cannot survive without you.  Hope you and your players had a great experience and will be back again next year.

Thanks also to our sponsors Dixon Advisory, Mirvac and Oak Milk – please support these great businesses for their generous support of the club.

Finally a message from the head of the Sydney Juniors Regional Committee.